4 Ps to encourage teenagers to speak English in the classroom

What are the 4 Ps?
Presentation, planning, practice and participation.
Surely this acronym will remind you of the PPP paradigm which is a teaching approach describing the presentation of new language through  the 3 steps of Presentation (new language is presented to learners in order to make the form and meaning clear and memorable), Practice (the learners engage in concentrated controlled practice of the new language) and Production (the learners participate in simulated communication tasks). This form of language teaching has been fiercely criticized over the last few years. For instance, it is seen as a series of “products” that can be acquired as “accumulated entries”, but L2 acquisition is a “process” that is incompatible with teaching seen as the presentation and practice of a series of “products”. However, if the level of the students is low it is much better to introduce the target language in order to avoid the doom and gloom feeling in the classroom.

Why does it work well with teenager learners?
Teenagers, more than young children and adults, are afraid of being judged. According to the APA, American Psychological Association, (http://www.apa.org/monitor/apr07/teenage.aspx) a lot of teenage behaviour is about avoiding the anxiety of feeling left out. The four 'p's approach addresses that worry by the presence of the plan stage. Bear in mind, this stage does not correspond to the controlled practice of the PPP approach. By planning what they are going to say they have time to think and rehearse. This makes students feel more confident.
The activity I'm going to describe was successful because I divided it into four stages - present, plan, practice and participation.
Firstly, I acted as a student performing the task they were required to carry out, in this case a speaking activity. Secondly, students had some time think and take notes about what they were going to say. Thirdly, students started to speak in pairs in order to break the ice. Finally, we played a game so that everyone had the chance to revise the target language and have fun. 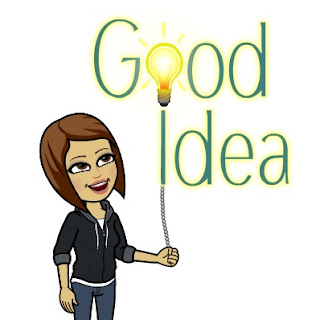 1) Presentation - model the target language
Although I am mindful of teacher talking time, learners need a model for inspiration. You are that model.
Just before Christmas holidays, I asked my class of teenager English learners:
'Guys, how do you usually spend Christmas Eve?'
Nobody answered. I smiled and I replied to the question myself. I said that I usually wake up late, I wrap presents for my family and friends, I watch Christmas movies on TV and I listen and sing Christmas carols, bake mince pies, etc.

While I was speaking I wrote some vocabulary on the board especially collocations such as wrap/unwrap presents, sing Christmas carols, bake cookies and asked the learners yes/no questions, for example, “Do you bake Christmas cookies?, Do you usually wrap presents?”.


2) Planning - give learners time to think about what they will say
Learners need time to plan before speaking, especially at a beginner/elementary level of proficiency.
I asked everyone to write notes about what they usually do on Christmas Eve. I checked their papers to see if their grammar and spelling were right and asked them to write their names on their papers. Then I stuck their papers on the classroom walls. I asked them to stand and walk around the classroom for five minutes to read about how their friends usually spend Christmas Eve.
Alternatively, teachers can ask learners to think about what they will say. Learners can also take notes. I suggest that they don’t write everything they want to say but only some words/phrases. This reduces the chances of learners reading - rather than saying - what they have written.

3) Practice - give learners a chance to say it and say it again
When the learners went back to their seats I paired them and I asked them to say to each other their Christmas Eve routines. After two minutes I asked them to change partner, and they repeated the activity until they talked to all the other students. When they showed more confidence and fluency while speaking, I thought they were ready to play a game.

4) Participation - RULES OF THE GAME
In turns one student seats on the “hot chair”
All the other students need to say a Christmas routine activity s/he does
If they are right they get one point.
Students cannot repeat routine that has already been mentioned.
If they repeat something which has already been said they lose one point.
Everyone had to speak about somebody’s else so no one was excluded from the speaking activity. They were all eager to speak and they had a lot of fun. In addition, they had to pay attention to what was being said. A game is, definitely, a good way to encourage teenage learners to participate. Games provide a task and a goal.

In a nutshell, tweaking a method which is not considered effective due to its lack of correspondence with the research findings and theories of second language acquisition gave me the chance to make my students learn and use effectively the target language. After all, as Machiavelli said, “ends justify the means”.

PS. You can use this game with daily routines, "what did you do yesterday?", likes & dislikes, etc.
Pubblicato da Larissa's Languages a 08:18 10 commenti: